England is full of beautiful places, which why people from all around the world love it so much and come to explore it. Among its several pleasant cities, lies a picturesque city known as Bradford. The city is the fifth biggest city in England, based on population. Bradford is like a breath of fresh air as it is full of heritage and enthralling culture. It is a type a place that a person must visit during their lifetime to know about England's history and way of life. The city offers a lot to its resident and visitors.
With an inspiring past when it comes to one of history's most significant economical movements, the Industrial Revolution, the City of Bradford has surfaced through time as a tourist destination, taking its pride and glory from being UNESCO first City of Film. 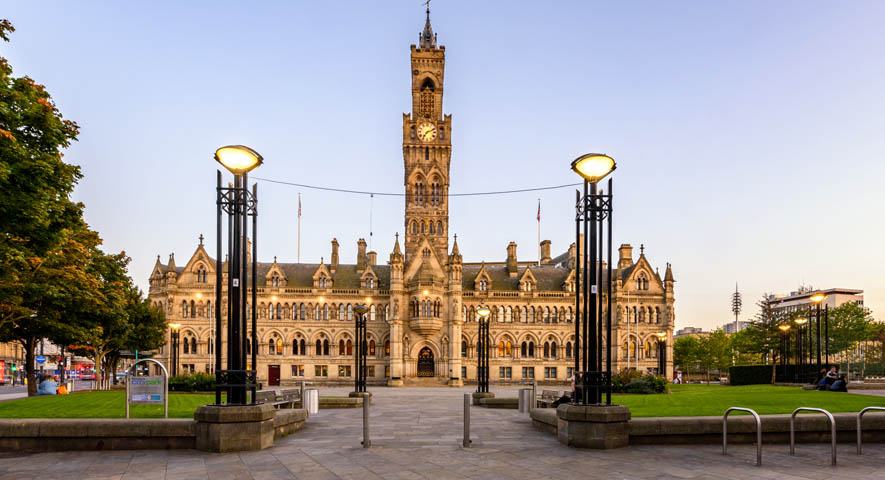 Nowadays Bradford is also prospering from investments in the transformation of the city Centre, focusing on improving and designing new public spaces, more efficient transport links and restoring the rich architecture of the city. Living in Bradford can be a top notch, yet affordable experience, when considering you can purchase a stone Victorian villa for approximately £150,000. Bradford has a lot to offer to nature lovers and thrill seekers, as it is located so close to the renowned Ilkley Moor, which is by itself a never ending resource of outdoor excitement.
With commuting between cities becoming so common these days, you might find yourself in the position of moving to Bradford or maybe relocating for job purposes to the outskirts. For having a gentle, effortless moving experience, you should consider investing in hiring a removals Bradford company, as there is a broad number of local businesses out there offering personalized services for your needs. Whether you are looking for Bradford house moving or need to hire Bradford man and van team, you should use our online services allowing you to compare moving rates in a few simple steps.
Now, let us look forward to some amazing things about Bradford.

Now, when you visit a place, you cannot come back without doing a good amount of shopping. Bradford offers some great places for you to shop from. The city has a great shopping center named The Broadway, which consists of over 70 shops, restaurants and cafes. Other than big shopping centers, the city also has great number of independent shops. You will find several types of stuffs to buy and take back home. Another interesting spot to shop at is the underground retail complex, Sunbridge Wells. Therefore, the women out there will not be disappointed when shopping in Bradford.

After exploring the city throughout the day, night is the time for some entertainment and fun. There are several spots in the city for you to go and relax. The nightlife in Bradford is really amazing and enjoyable. Let us see some places that you can visit.