Having a noisy neighbour can be an upsetting experience, especially when you are just after your relocation from London to a new house and you realized that relationship with your neighbour will not be good . At one end of the scale, a noisy neighbour can prevent you from enjoying even the simplest things in your own home such as listening to your favorite music, watching a DVD or simply reading a magazine can become difficult. They can even stop you from enjoying a peaceful sleep, which can have a great impact on other areas of your life. Some of the noisy neighbours behave not only inconsiderately, but also antisocially, with intimidation, threats and bullying. 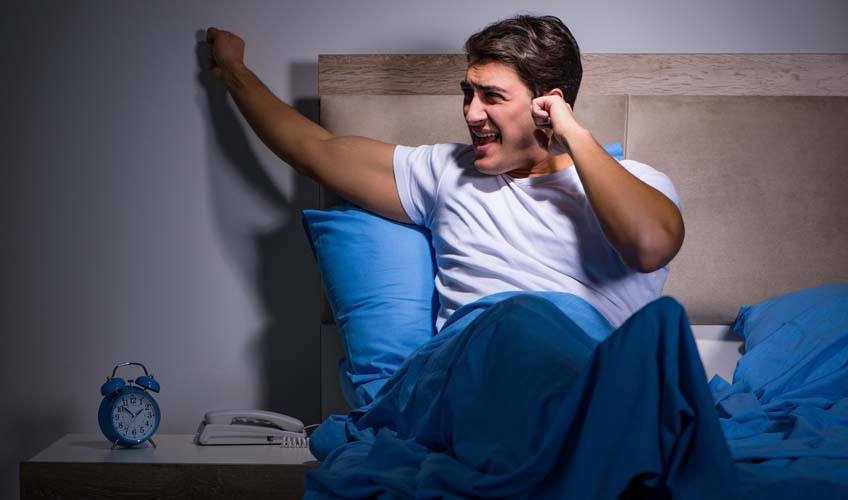 Being subject to excessive unwanted noise from your neighbours can be greatly affecting your psychological health. Relaxing in such scenario is made difficult; and being able to unwind can become impossible as you become very irritable, stressed out and on the edge. No one should have to bear this kind of thing while they are in their own home.
The type of noise which can have such effects come in several forms like the pet noises, ball games being played, doors being slammed, furniture scraping on floors, do-it-yourself noise, domestic arguments, TVs on high, hifi systems being played too loud and even people merely stomping heavily as they walk around their house. Even though many of these things appear to be innocuous, and we generally prevent ourselves from taking action for that very reason, the fact is that if you find the noise disturbing, high volumes and ongoing, it can be taken as a nuisance and something needs to be done in this regard.

How To Handle A Noisy Neighbor

Creating too much of noise is not an immediate offence in the UK, even though depending on several aspects, it can become that way. While you are stressed because of a noisy neighbor, you perhaps would like to have authorities involved, but before you do so, it is worth considering a less drastic course of action to try preserving the relations with your neighbours. There are certain things that you can do to get the calm you should have in your home before you escalate the scenario by involving the authorities.
Initially, you can ask your neighbor, which is a good approach to solving the issue. It seems obvious, but a personal tough will generally endear your neighbor and would make them realize the errors of their actions. When you are thinking of approaching your noisy neighbor, it is imperative to consider what you are going to say so as not to sound too aggressive or seem like you are being too defensive. Ensure you communicate with them politely. Being addable and friendly would help you resolve the issue in a much better way, without creating any tension between the neighbors.
Without being classist, you may live in a locality where neighbors who do not know are perfectly approachable. However more often than not, nuisance noise from your neighbors occurs in locality where people tend not to have much community relations, and where the likelihood of antisocial behavior is much greater. In such a scenario, it is worth posting a letter via their door, without mentioning your address or name, but again, at this point the letter should follow the aforementioned guidelines. Be polite and have a friendly tone, even though you are being anonymous.
Mostly people live in a state of fear or tension with their neighbours. If you feel that there is a possibility that your neighbor could retaliate to any complain you will make, do not approach them at all. As mentioned above, nuisance noise generally occurs in less well-off locality, and statistically speaking, antisocial behavior is likewise a lot more likely. If you are being worried about the kind of people living around, it is better that you make contact and allow the authorities deal with the scenario. If you find anything suspicious with their behaviors, call your local police station right away.
If you are considering involving your local authorities, you should keep records of evidence before you actually contact them. This way, they would be able to deal with your complaint in a more effective manner, as they would have a proof of disturbance over a period of time. Keep record of the type of disturbance, the time it takes place and how long it goes on for.
Being informed is one of the best approaches to tackle noisy neighbors. Try making a personal contact with them. Be friendly and polite, they perhaps have no idea that they are bothering you. If you do not know them, try being anonymous, and post a letter through their door. Collect some evidence before you involve the local authorities to deal with the nuisance neighbor. If you are worried in any way, do not approach your neighbor at all. If you think they are likely to become antisocial, call the authorities before you put yourself at risk.